Statement by the Jury 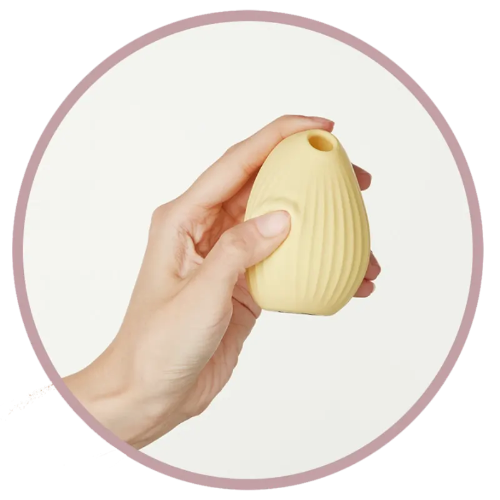 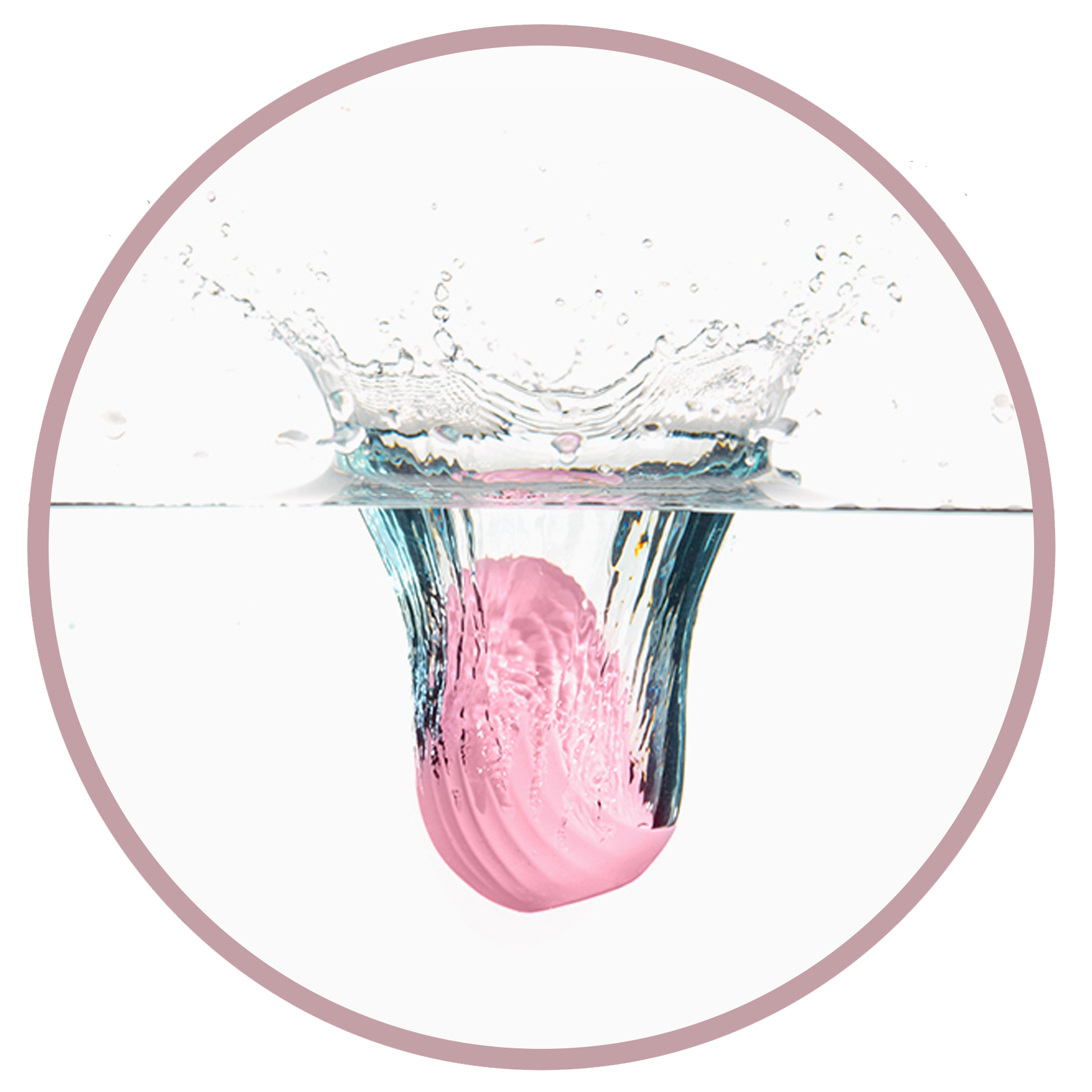 The IPX6 rating waterproof design ensure you can take your Cuddly Bird into shower. 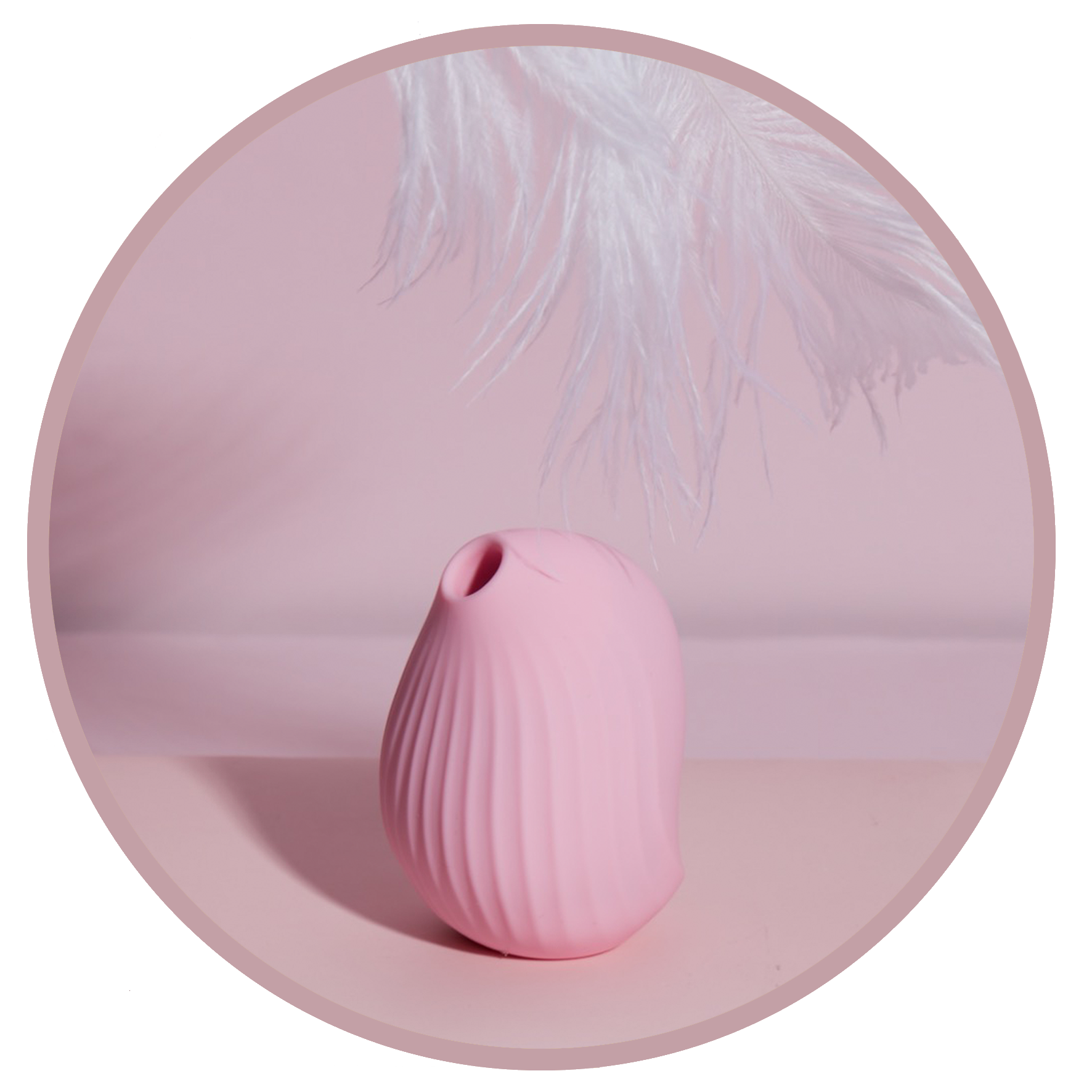 Quieter than your vibrating phone. No disturbing while the premium private experience. 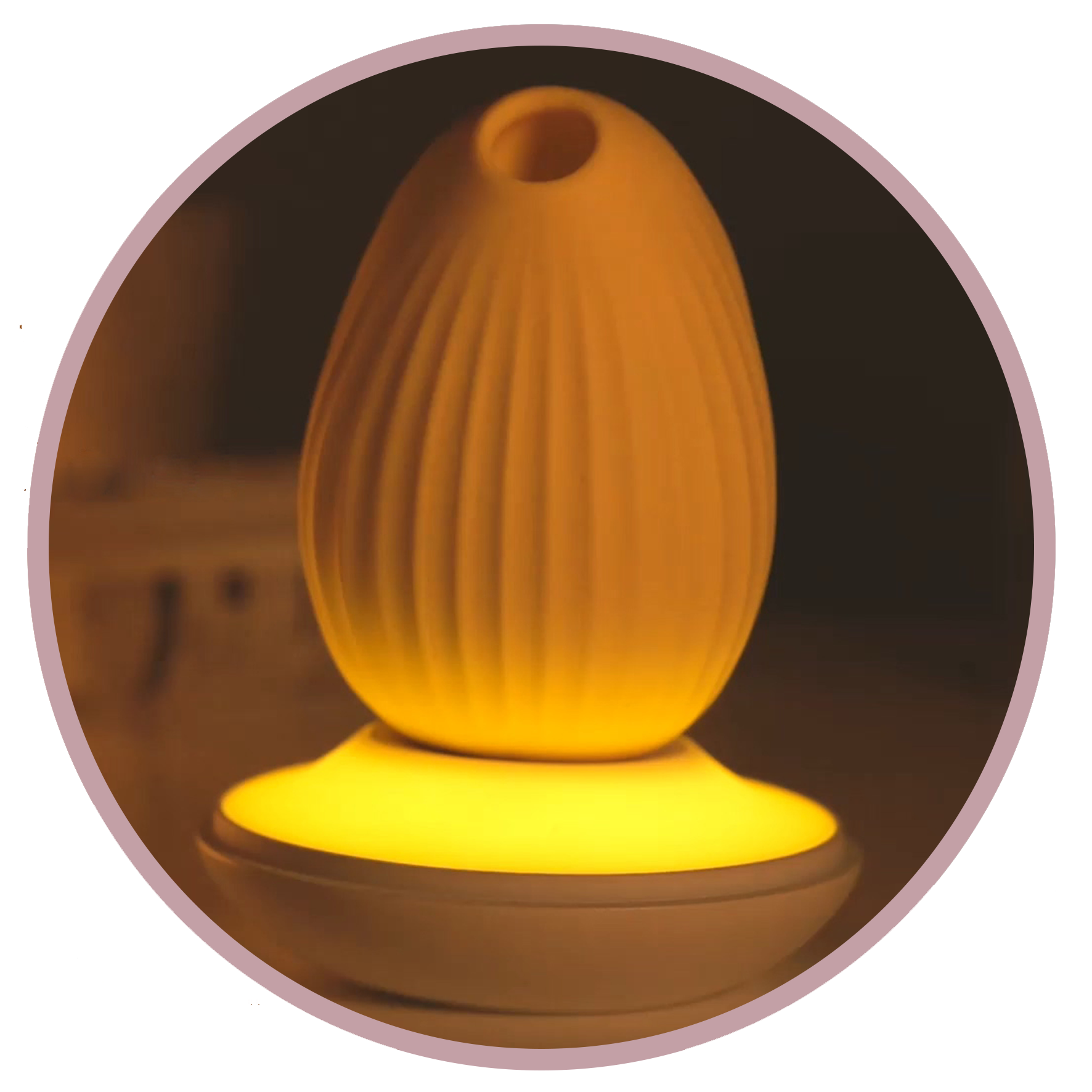 The magnetic charging station turns into a sweet LED night lamp to create the romantic and relaxed ambiance. 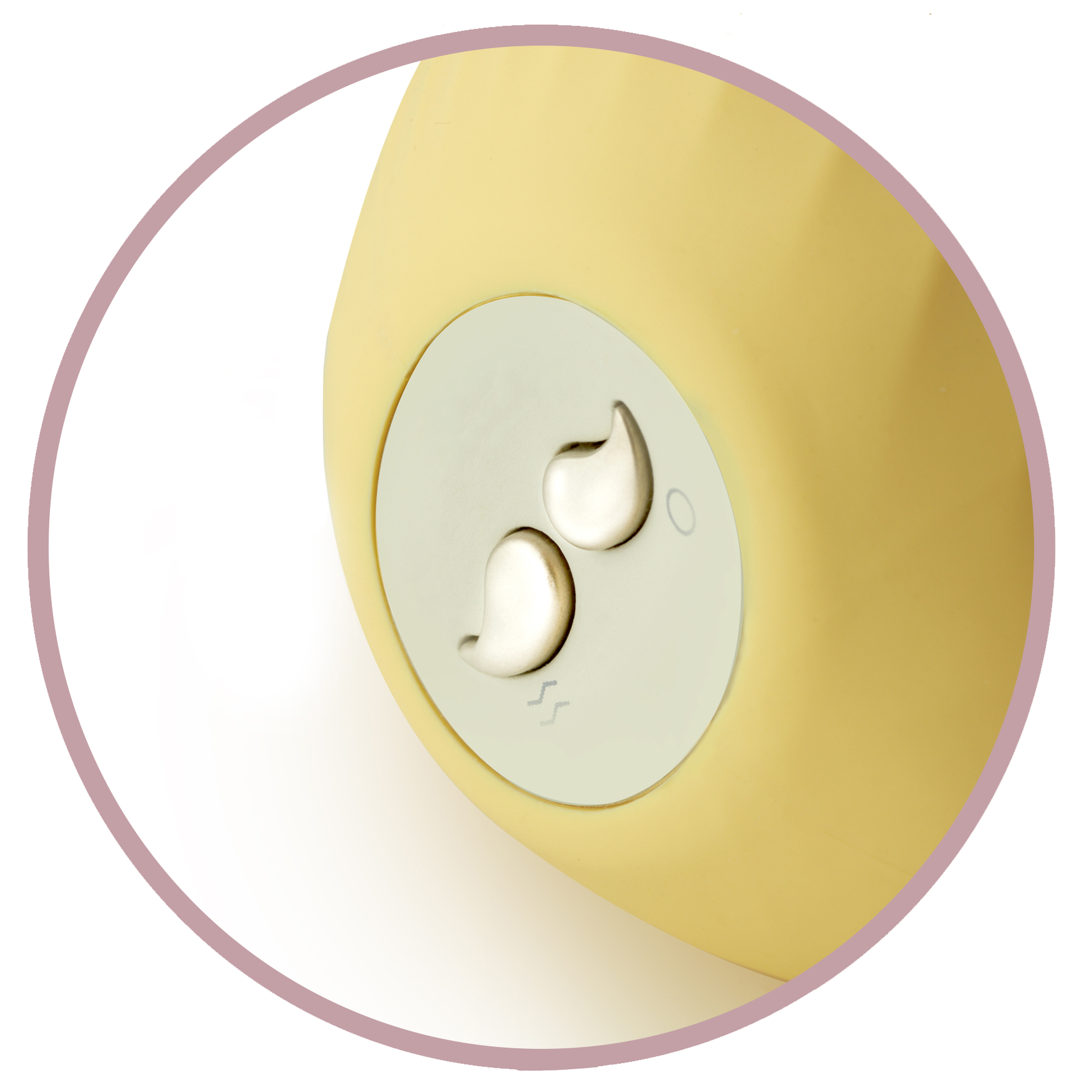 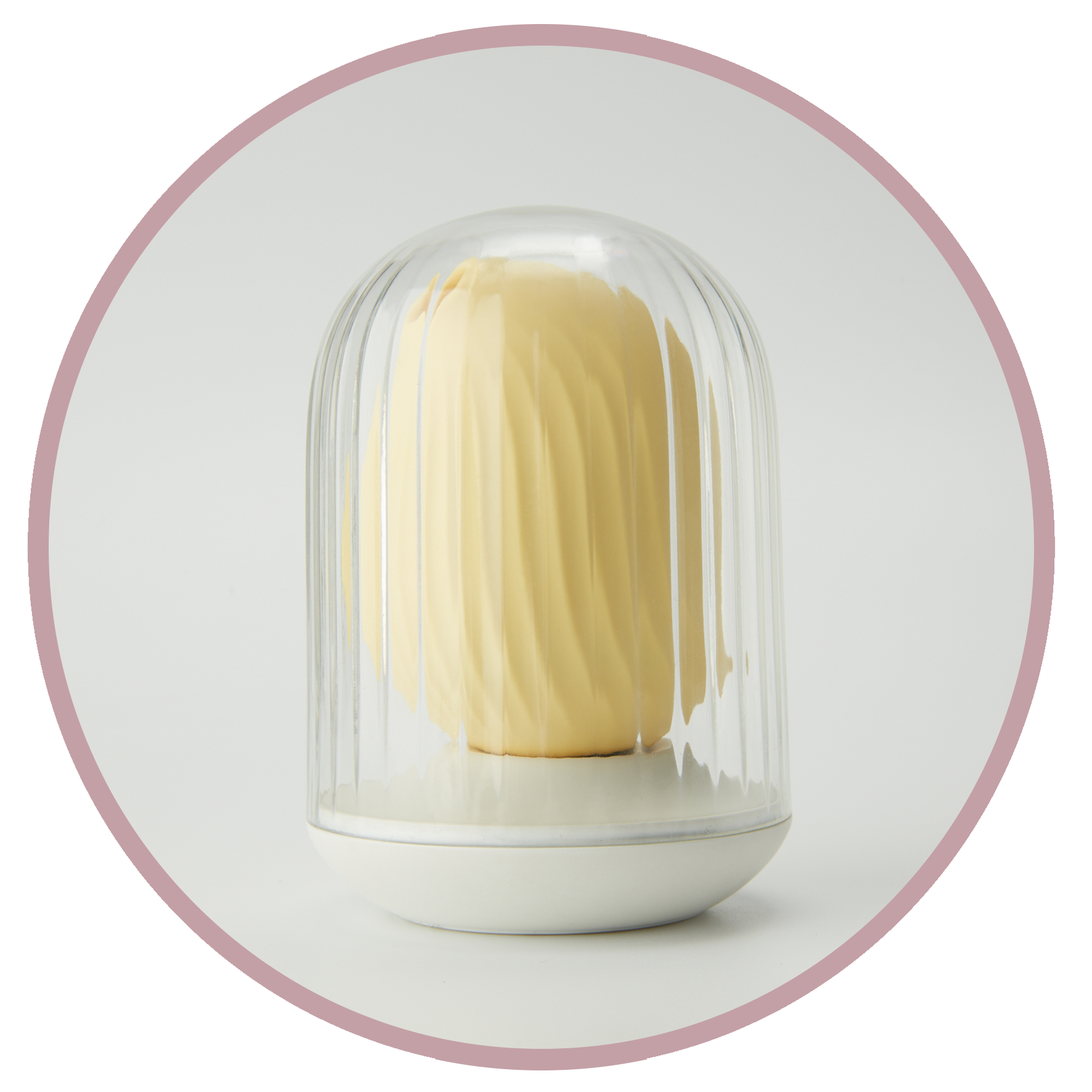 The stimulator has a silky little tip with the size that could perfectly scoop and circles your clitoris. The vibration it generates is super powerful, yet extremely subtle for the 8,000 nerve endings there.

Sonic Pulsation to the Core

Get this bird, and scream your own name.

Please note: due to the restrictions taking place around the world, carriers and warehouses must take extra precaution with deliveries and thus delays can be expected. Please rest assured we are working to fulfil all orders as quickly as possible.

We support women who are suffering from menstrual poverty. Learn more

How to Play With It 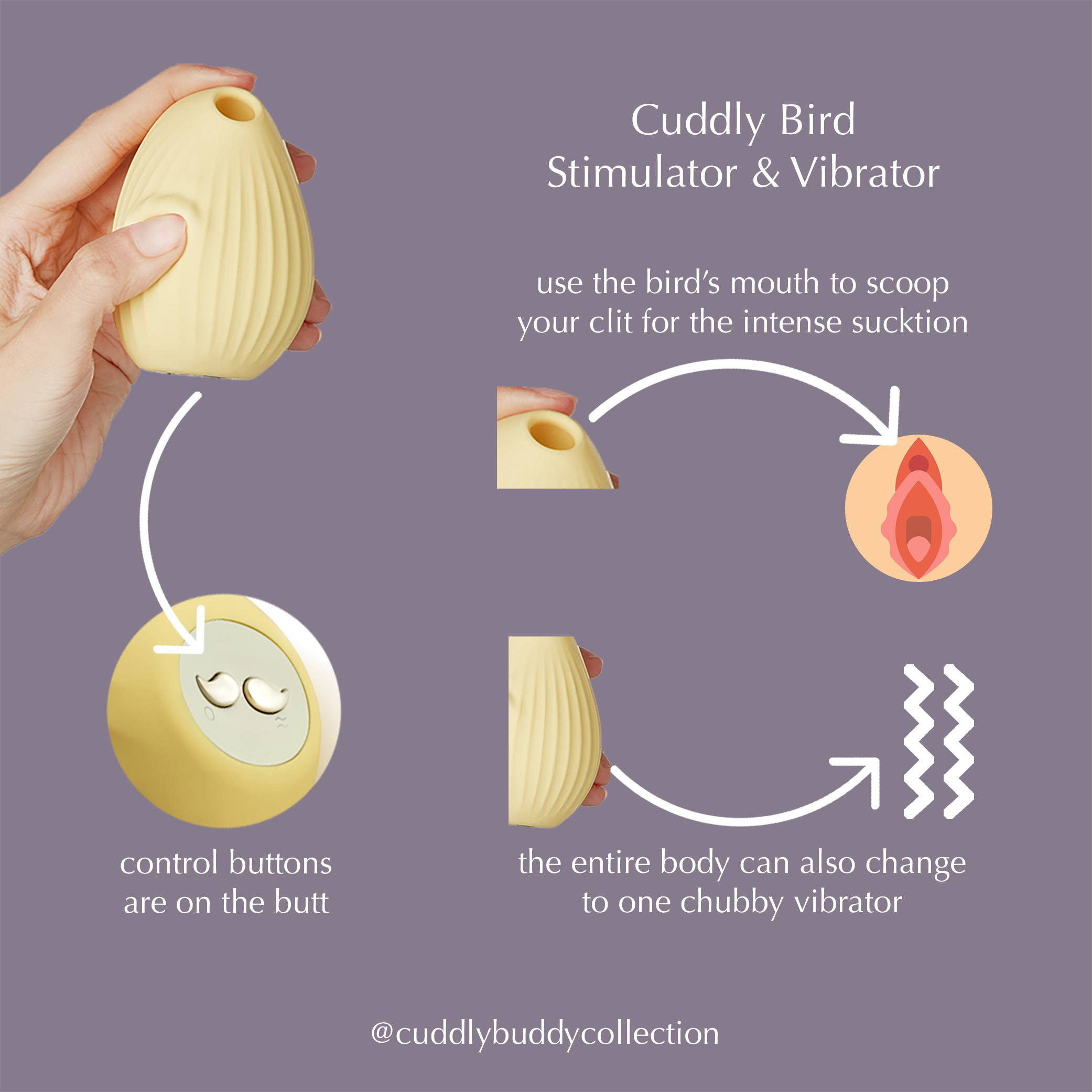 Free Worldwide Shipping on All Orders Over $100

This cuddly Bird truly exceeded all expectations. Where was this years ago?! Everything from the packaging, the base, ambient light as well as the product itself are pleasing to the eye. I haven't yet moved past the first level but gee wiz, outer body experience! 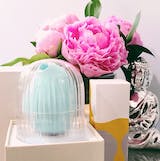 K
K.L.
From being Skeptical to Satisfied

My friend referred me Cuddly Buddy and I was skeptical in the beginning. I did some research on the brand and read more feedback. I am sooooo glad I finally got it. I fell in love with the sophisticated and tasteful design first. It has became one of the decors in my place. I underestimated the power of the little birdy. Wow, Oh Wow!! I have never experienced that kind of pleasure and it’s quite addicting. Now the little birdy is part of my essentials and I cannot wait to take it with me and travel the world 😊

I mean, isn't this the cutest sex toy ever? And the ambient night lamp! Believe it or not, we got 2 because we couldn't figure out which colour we want. They are both so cute! The size is just perfect for my hand to hold it and it's super quiet. The most important thing is the stimulation mode is CRAZYYY. I tried a few times already, and it's ORGASM GUARANTEED. No kidding. I love the whole design is really blending in my nightstand setting to normalize the perception of sex toys. WELL DONE! 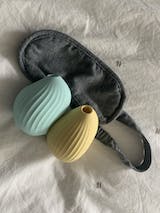 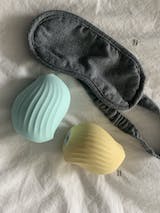 R
R.
Never has this experience before...

I never thought about this little cutie could bring me to the haven before I used it. Obviously the toy is really designlish, and the macaron colors spent me a long time to choose.The bird toy feels like a sweet friend will never put me into an embarrassing place, even I just left it on my bedside. The vibration has different levels, but all gentle and soft. The package is good and delivery fast than I imaged. I received it in 5days after purchased. By the way I’m in the UK. So girls don’t be hesitate, don’t miss your happiness. 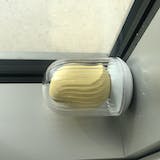 Couldn't even imagine how sweet and lovely the bird is! Pleasure and beauty! Love it sooo much! 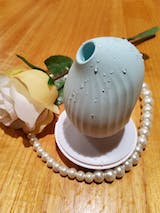 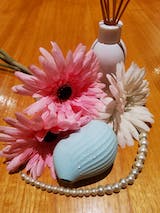 A
A.
Best sex toy EVER

I've tried numerous vibrators, this IS THE BEST ONE! This soft cuddly bird is powerful and gives me pleasure every time. I love the sucking mode, easy to use, practically hand-free. This design is absolutely a game changer compares to other ones in the market. As for maintenance, I wash mine after each use and very easy to take care of without hassle. 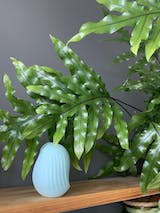 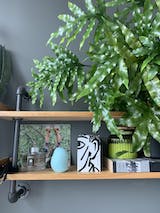 A
A.T.
It's better than I thought.

So I did the same water test as the commercial video shows. And the water splashed everywhere!!!! LOL But I had the highest level on, so the image looks a bit intense. The body experience was actually very nice and subtle. The stimulation mode was very quiet and I used it like a detector on my body until I found my clitoris. I have to say the magnetic feature is not only on the charging base! The moment it sucked on me, oh boy, I felt the 8,000 nerves there were all awake all of the sudden. To be honest, the other clitoris stimulator didn't do the same thing to me as the Cuddly Bird is more accurate on capture the spot, and the bird was so much quieter. Oh, one last thing, I tried a few times and sometimes I can make it to the next level and sometimes I stayed at the lowest level. I guess it depends on the mood and days.

I'm glad to see other people got this tiffany blue as well! I think it's so cute. Because it's a new product, once I left it charging in its case with the lights and cage on, my sister thought it's a cute mood lamp! This is feature is definitely a plus to a sex toy. Besides it functions really really well. It really just captured the core of your nerve and go straight to your brain and heart. This tiny little cutie really has the power to just let you go into full-concentration to approach an absolute amazing orgasm, or two. ;)

O
O.h.c.
The bird opened a new gate for me

So after I used the bird, I think it opened up a new gate for my life. I mean it was so much fun!!! The whole package looks very exquisite and the bird is just soooo cute! The size is small enough to fit into a girl's hand and the material is smooth. It's very quiet to be honest until you get all messy down there and of course you will hear a bit of the sound. The instruction is simple, just like how my photo captured - mouth to that tiny ball. :) 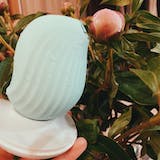 I mean, clitoral stimulators are around for a while but I've never experienced such advance technology in an adult toy like the Cuddly Bird. It's absolutely adorable appearance, and the vacuuming/stimulating mode is very strong, condense and quiet, to be honest. And I love the fact that I can keep the toy in the 'cage' or the silk pouch for sanitary purposes. My personal experience with the Cuddly Bird was amazing. I found that each time I get faster and faster to get to the peak point, my body needs time to get used to this type of intense stimulating. And, IT WAS A-MAZING. It's like it brings out another me outta my body!! Oh, yes. 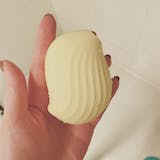